The delegation of the political movement “Group 24” had visited the Office for foreigners of the Republic of Poland with the official request to clarify the situation about our activist Mustafo Hayotov, who was deported according to our information. Representatives of the Office for foreigners have confirmed, that on 25.09.2019 Mustafo Hayotov accompanied by Polish border guards, was deported from the territory of the Republic of Poland. On further questions of the delegation of “Group 24” about his whereabouts and on what grounds he had been deported, the representatives of the Polish authorities refrained from answering. They have only confirmed the fact of his deportation. 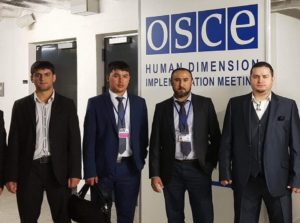 We remain, that the location and the situation of the activist of “Group 24” Mustafo Hayotov remains still unclear.