January 2016
31st January 2016, Political Committee of the “Group 24” has held its annual meeting. In order to continue the further political activities, there was made an important decision to withdraw from the Congress of constructive forces of Tajikistan, the result of which was the change of administration of the “Group 24”. At this meeting, Sukhrob Zafar (in CCFT he was the first Deputy and after refused the post) and Khuseyn Ashurov were chosen as the head of the “Group of 24” and deputy head of the Group 24, respectively.
Also on this day, another political movement “Youth of Tajikistan for the revival of Tajikistan” has announced its withdrawal from the CCFT. A few months later, another movement “Ozodi va Adolat” also came out from the Congress.
It is necessary to mention, that the Congress of the constructive forces of Tajikistan was formed from four political groups and movements (“Vatandor”, “Group 24”, “Ozodi VA Adolat”, “Youth for revival of Tajikistan”). 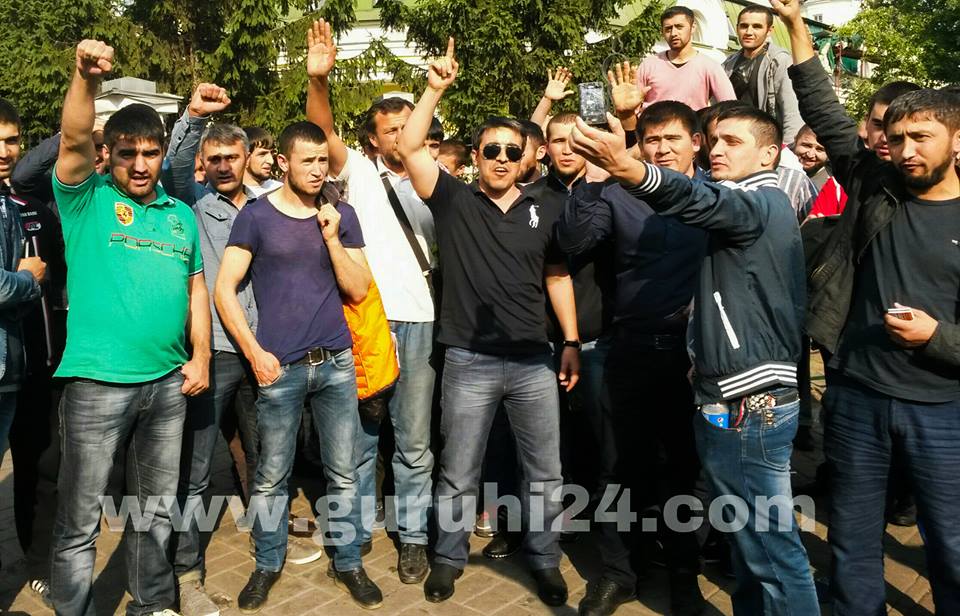 February 2016
On February 2016 there was held a trial on the murder of the disgraced leader of the “Group 24” Umarali Kuvvatov in Istanbul (Turkey). On suspicion of complicity in the crime, was detained Sulaimon Kayumov. According to the court decision, Kayumov was found guilty and sentenced to the life imprisonment. The head of the “Group 24” Sukhrob Zafar and other activists participated and witnessed at the court proceeding.
In addition, “Group 24” and the movement “Youth for revival of Tajikistan” have organized and held protests against the dictatorial regime of Rakhmonov in different countries. Activists of the “Group 24” and the citizens, subjected to persecution by the regime, attended the demonstrations. Moreover, our activists participated in popular demonstrations against the regime in different countries of the world.
In the same month, an activist of the “Group 24” Zayd Boboev have organised in advance and held a picket against Rahmonov’s regime in Moscow, and activist Nuriddin Risoi have met with the representatives of the European Parliament in Vienna (Austria) and made a report about the catastrophic situation with human rights and the persecution of the opposition in Tajikistan. 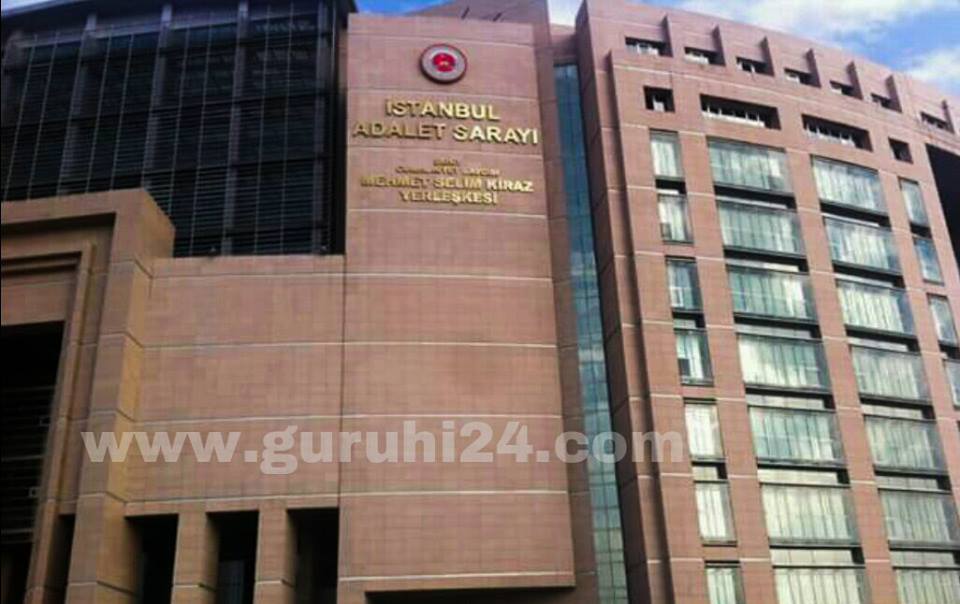 March 2016
In March 2016, the “Group 24” started on the internet – radio Zello “New Tajikistan 2” broadcast called “Voice of the people” (“Sadoi mardum”) in Tajik language. The presenter is the activist of the Group 24 Nuriddin Risoi. The creation of this program gave an opportunity to the citizens of Tajikistan to take part in it, to talk about their stories and about all processes concerning to the life of people in our country. Anyone can ask the questions to the presenter, and activists of the Group 24 related to the political, economic and other topics.
This month also was marked as the anniversary of the death of Umarali Kuvatov. In this regard, the “Group 24” held a memorial ceremony in Istanbul. After there has been taken place a press-conference on this topic in the same city involving the leadership of the Group 24 and on March 5, this issue has been continued on the channel “New Tajikistan 2” in the internet radio Zello.
Other event on this month was the call of the Group 24 to the people not to participate in the Referendum to change the Constitution, which had been announced on 22 – 23 February (90 days before the Referendum). There was prepared over 100 videos on this issue under the title “Response to Rahmonov” from activists of the “group of 24” and citizens of Tajikistan. 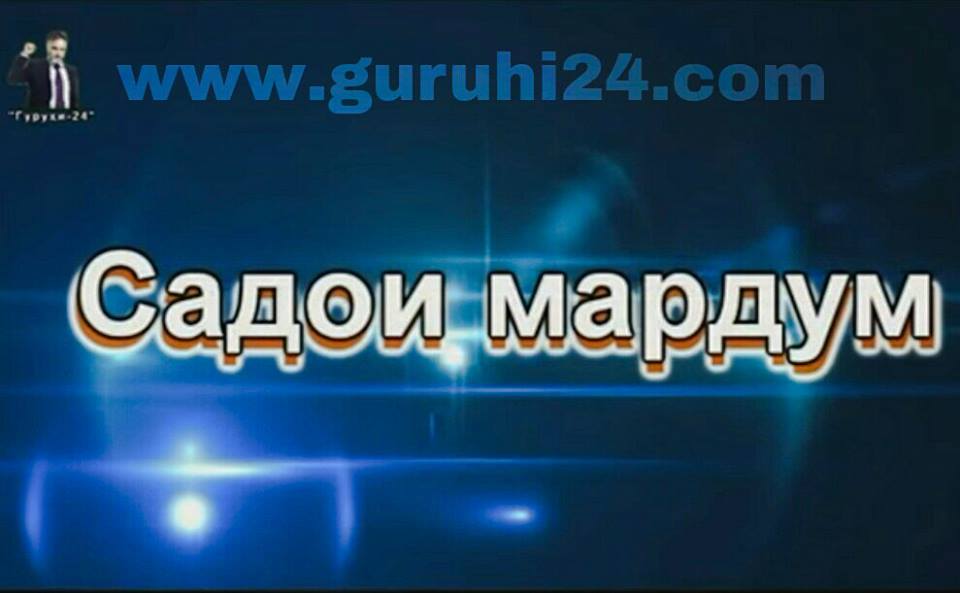 April 2016
Group 24’s effort on this month was focused on the analysis and consideration of the Constitution and the changes, which were presented to introduction. Group 24’s activists started to reveal all the details, interpreting systematically the essence of every change, which were misinforming the people. From 22 April to 22 may (day of the Referendum), the leaders and activists of the Group 24 produced and posted on the Internet 30 video messages to our citizens on this subject, in order to open the consequences of the happening events to the people. 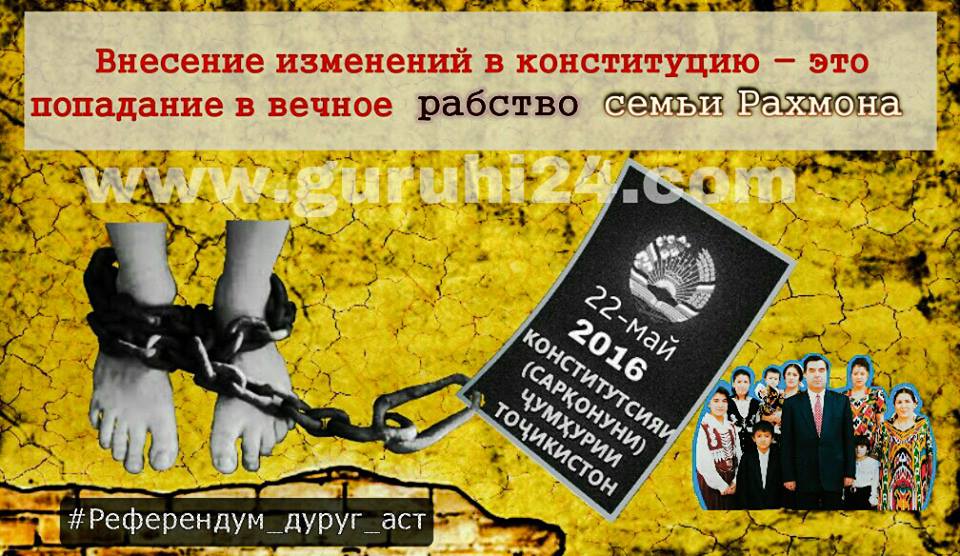 May 2016
On May, the “Group 24” along with “Youth for revival of Tajikistan” organized and participated in the demonstrations against the Referendum on Constitutional changes and took part in other protest rallies held by citizens of Tajikistan. It is necessary to mention, that the number of our activists and supporters have significantly increased by the results of these meetings. 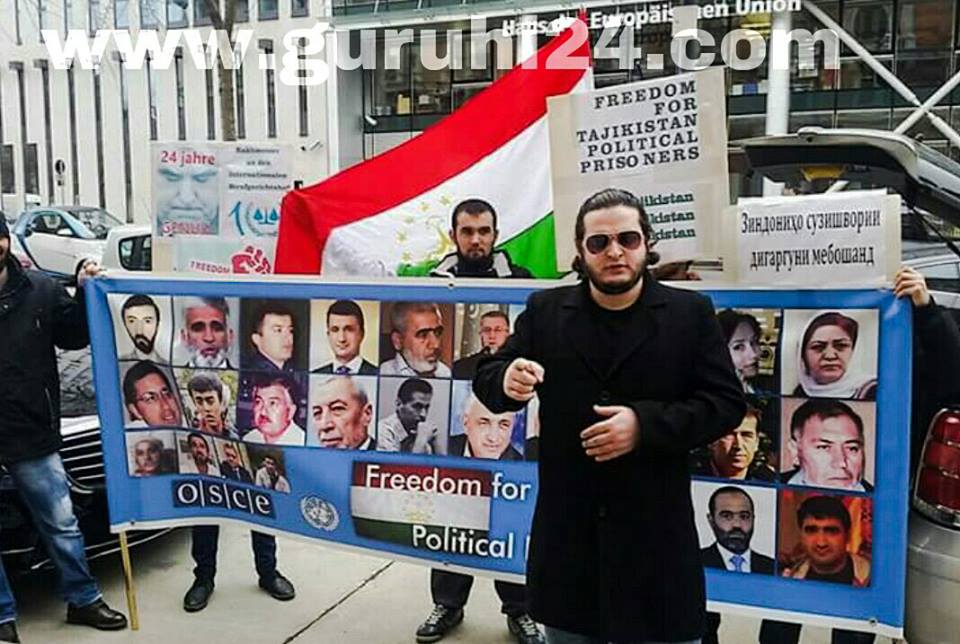 June 2016
We held the event on reading of the Qur’an in the Holy month of Ramadan on the channel “New Tajikistan 2” in Zello. On June 27, our activists and supporters participated in several protest rallies, which took place in different countries.
“Group 24” has prepared and sent official letters to all the guarantors of the Tajik national peace agreement 1997, about the unilateral violation of this agreement by the Rakhmonov’s regime.
We also planned a demonstration in Moscow on this issue, but the city of Moscow under the influence of the Rakhmonov’s regime before two days had cancelled our permission to conduct this protest. 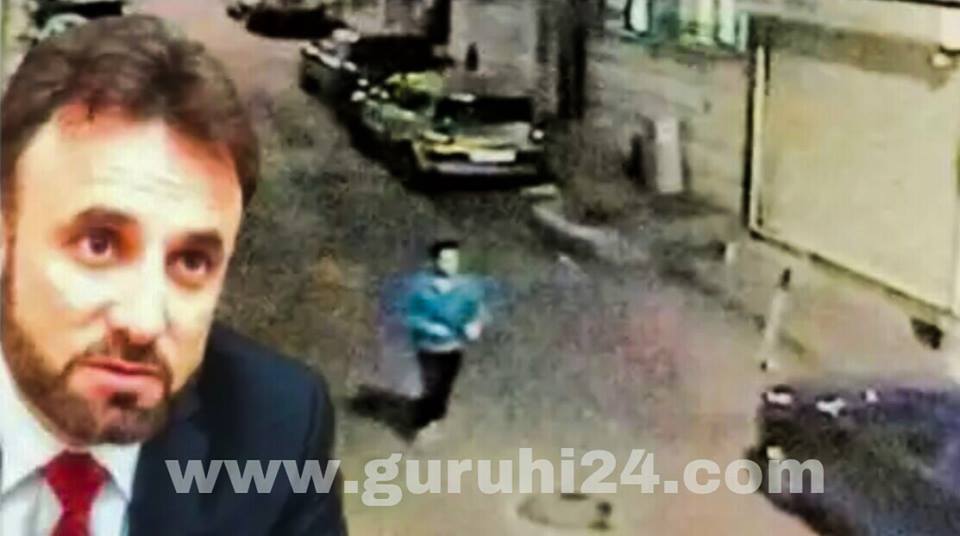 July-August 2016
“Group 24” has organized a visit of its representatives to the EU countries with the aim to meet with representatives of Migration Authorities of these countries and NGOs, as well as our compatriots in the refugee camps and hold discussions about their problems.
In this period, there was an important and very significant event. Group 24 opened and presented its own web site www.guruhi24.net. The information and articles of this website is exclusively article of our activists and supporters, and news from the original sources. Plagiarism and copying from other sites – not in the competence of the “Group 24”. On this website, readers can find the history of the “Group 24” and objective articles on important political, economic and social processes taking place in Tajikistan. 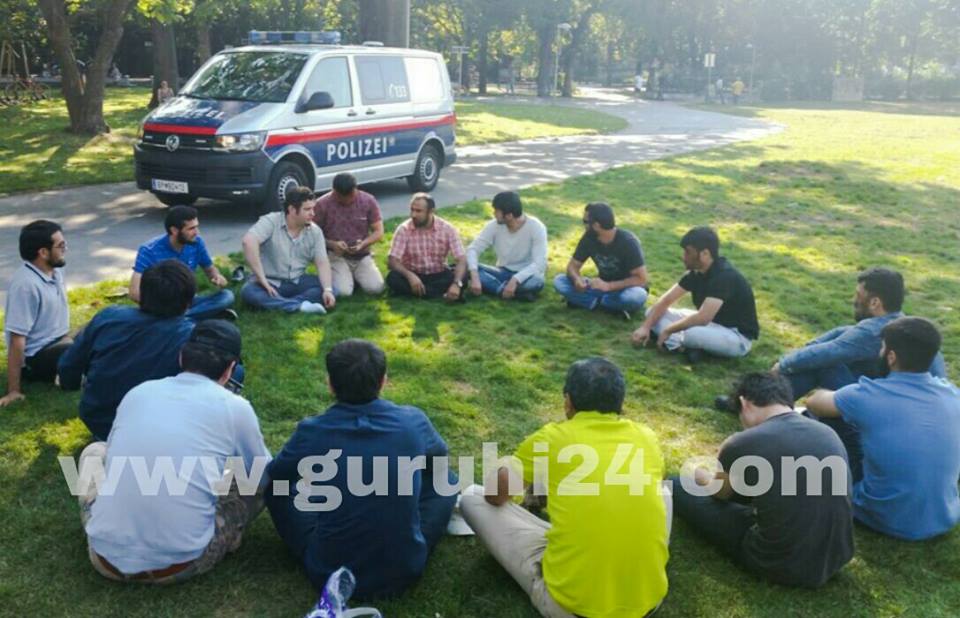 September and October 2016
On September, the representatives of the Group 24 took part in the 10-day annual OSCE conference on human rights in Warsaw (Poland). Our activists consisted of 10 people under the leadership of Deputy Head of the “Group 24” Huseyn Ashurov during that entire days spoke with well-prepared presentations, which reflected the true situation with the human rights in Tajikistan.
The speechs of Hussein Ashurov, Nuriddin Risoi, Manuchehr Saidmuchtoriddin, Saidali Ashurov, Akmal Astanaev, Shabnam Khudoidodova (is currently an independent activist) and the others, revealed the facts of human rights violence of the Tajik people, telling about the lack of freedom, torture of detainees in prisons, impunity of the security forces of Tajikistan, the dangerous living conditions in prisons, the impossibility of fair trials, the restriction of freedom of speech and mass media, limitation of citizens to follow their religion, persecution of public figures, impossibility to elect the government etc. Thus, there was presented the true situation of our country to the world. After the strong arguments of the activists, the official delegation of Tajikistan in shame left the conference and was not able to bring anything to justify their crimes.
Besides our representatives, the other independent activists and representatives of Tajik opposition parties participated on that conference. 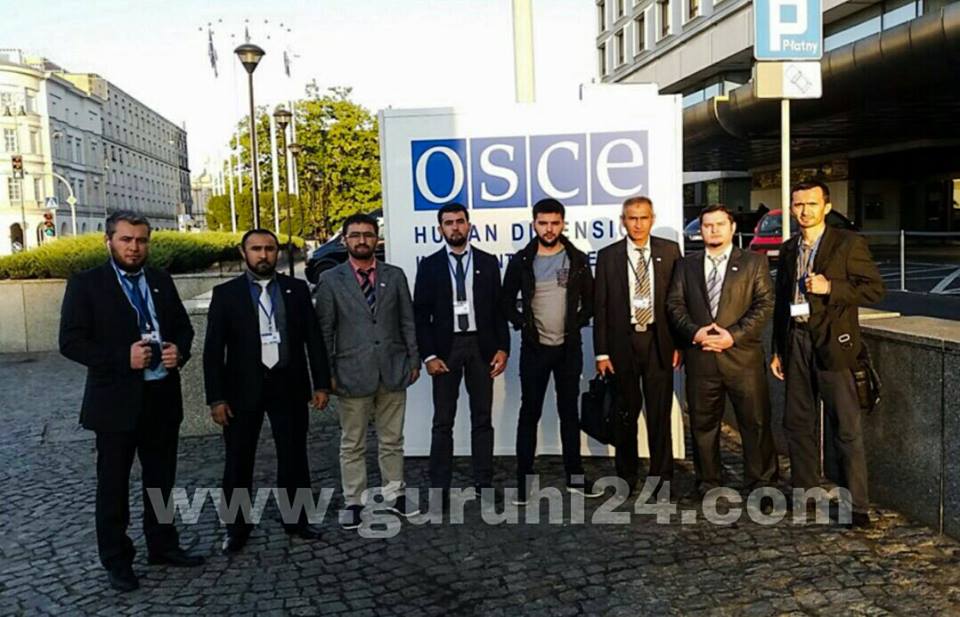 November 2016
Representatives of the Group 24 participated in the conference on the human dimension of the OSCE in Vienna, and performed about the situation of human rights in Tajikistan in this platform. It is important to note that their addresses have given a great public outcry in Tajikistan and Europe and has led the regime into a frenzy. For this reason, the Tajik authorities resorted to an even greater violence of the rights of citizens and intimidations of the relatives of opposition activists, thereby showing the world their true nature. 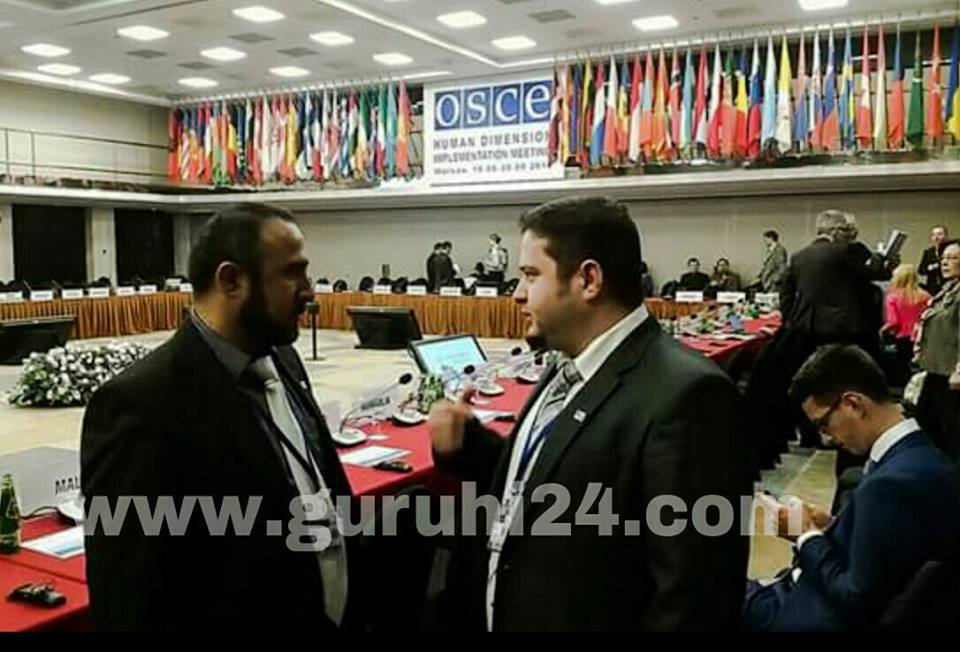 December 2016
Our activists held an action “a warm Rahmonov’s welcome” in Prague during his official visit to the Czech Republic. During this action, there was a verbal sparring between our activists and the Rakhmonov’s delegation. This campaign also gave a large public outcry.
At the end of December activists of Group 24 held a picket in St. Petersburg against Rahmonov’s regime near the building, where was conducting the meeting of heads of member States OACS. As a result, our activists were detained by law enforcement forces of the Russian Federation and released after two days. 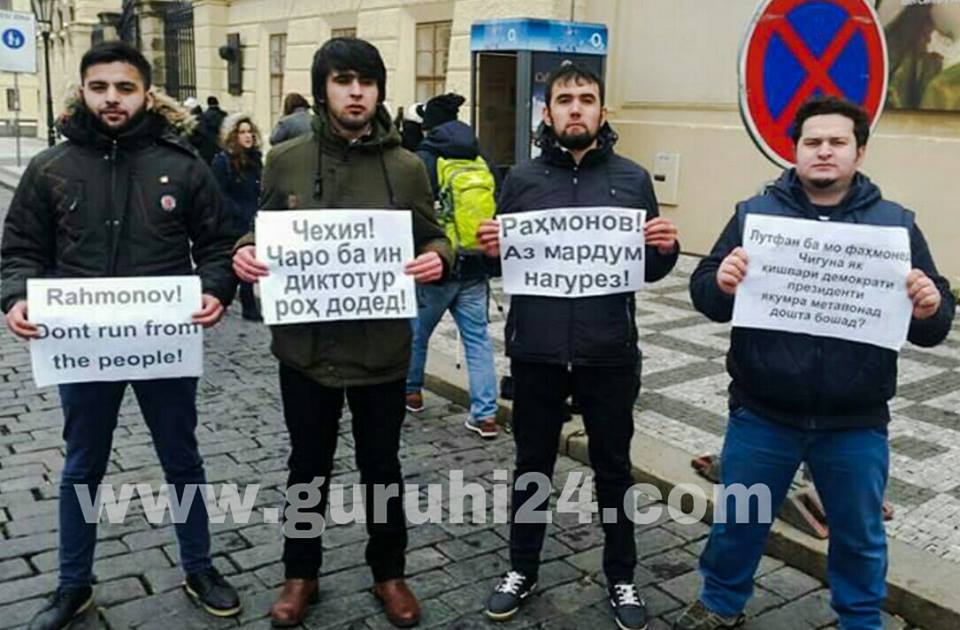 Summary
“Group 24” prepared and presented to the public more than 500 videos on various topics. Greatly increased the number of supporters and activists of the Group 24. It was the year of the promotion of freedom-loving patriots against Rahmonov’s regime. A huge number of our compatriots have expressed their gratitude to our fighters, activists and supporters for the activity. It is worth noting that besides our activists we have many supporters and allies, whose supports help us to move forward and strengthen our activities.
“Group 24” expresses its sincere condolences to all those, who have been under the violence and their families, were persecuted by the regime this year. Also to all those, whose businesses were unfairly taken away and they suffered great financial loss.
“Group 24” hopes to see further progress and wishes in the coming year to all opposition activists successes in their fight against the regime for the good future of our country.
We are confidently moving towards our goal to overthrow the dictator and we will fight for it until the end! 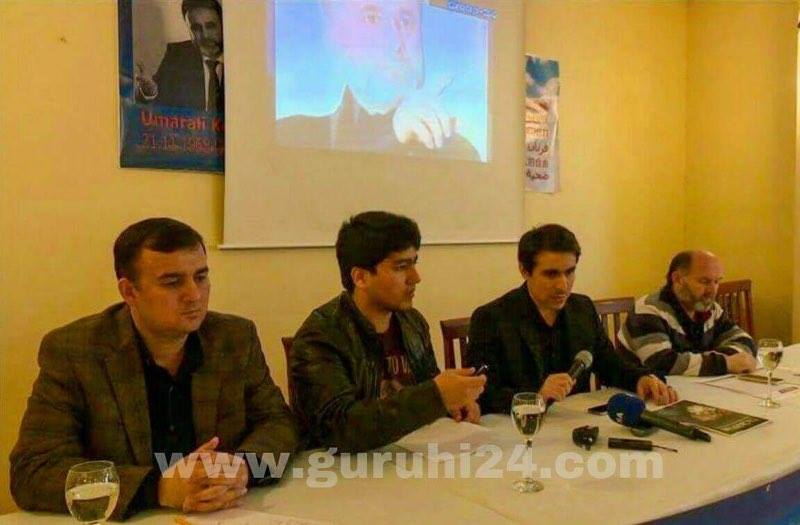 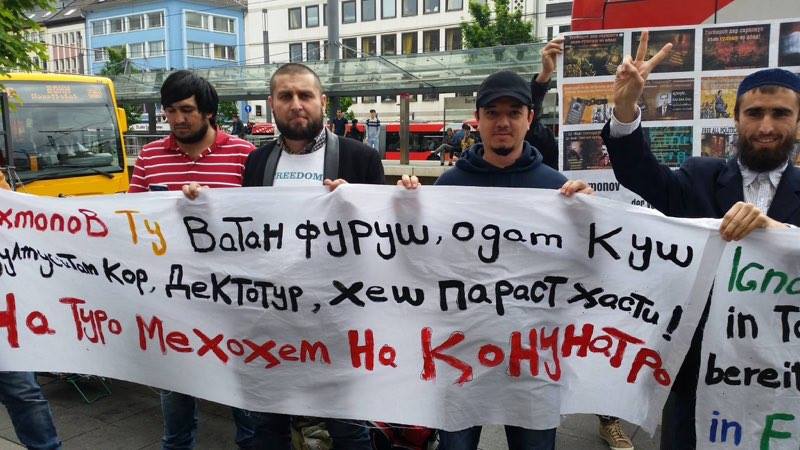 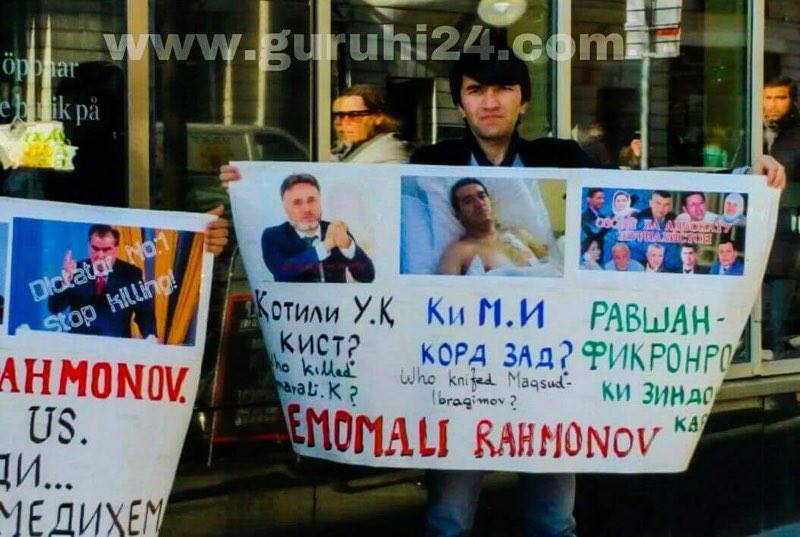 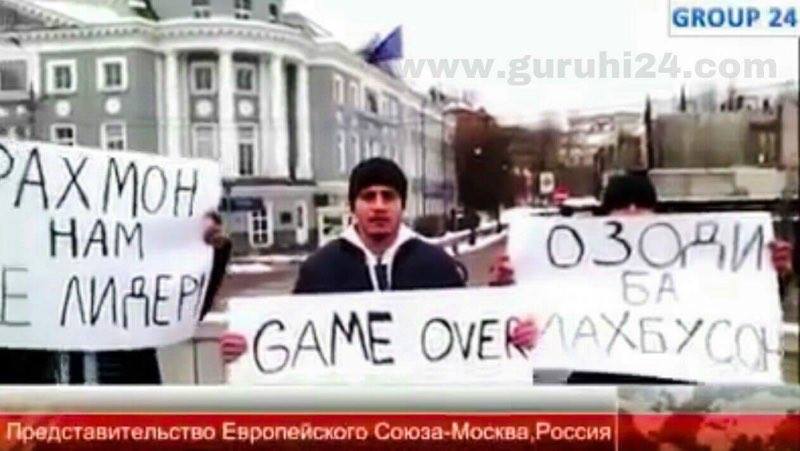 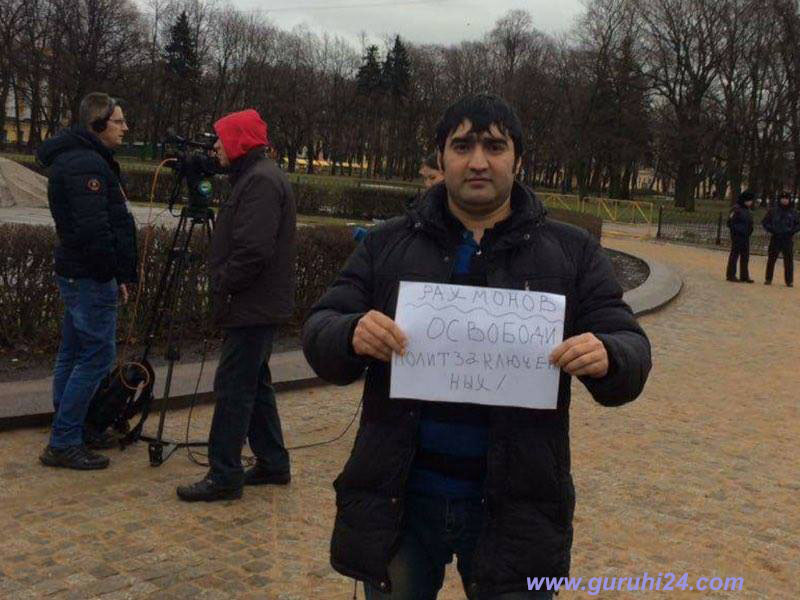 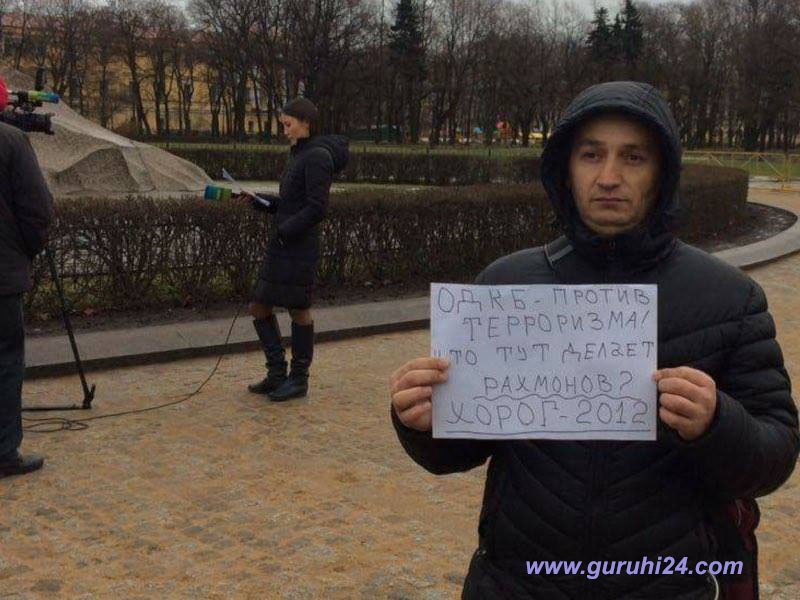