Group 24 is the movement of the Tajik opposition, mainly abroad because of the repressions inside Tajikistan. The movement was founded after the  Khorog’s events on summer 2012 in Moskow by Tajik businessman and politician Umarali Quvatov after his leaving Tajikistan.

Group 24 acts against the rule of the President of Tajikistan Emomali Rahmon, accusing him in corruption and nepotism.

In 2012, Umarali Quvatov was arrested in Dubai UAE at the request of Tajik authorities. About Quvvatov’s visit to Dubai knew very few of his entourage. Tajik secret services were planning to extradite him. He was accused of economic crimes, allegedly, he stoled $6 million from the relatives of Rahmon. Quvatov said, that all of this was political order. He was some time in prisons of different countries and had to be extradited to the Republic of Tajikistan, but due to the intervention of influential international organizations for the protection of human rights, such as the UN and the OSCE, he was released at their request.

Also in 2014, he was again arrested in Turkey at the request of the Tajik authorities and was again released. Thus, the government of Rahmon wanted to end with a bright, powerful opposition leader, but did not achieve its goals.

In the early of October 2014, the group’s leader, Umarali Quvatov has called for peaceful protests, that must be held in the Tajik capital Dushanbe on 10 October 2014. 5 October 2014, the Tajik authorities have suspended the operation of SMS system and temporarily blocked hundreds of web-sites including Facebook, YouTube, Odnoklassniki and other social networks. Also increased the presence of law enforcement in the capital.

Moreover, the Group 24 has been banned and declared by the decision of the Supreme court of Tajikistan on 9 October 2014 “Extremist organization”.

The first head of Group 24 Umarali Quvatov was killed on 5 March 2015 in Turkey (according to our version the murder attampt was organized and executed by the secret services and ordered by Emomali Rahmon). His political assassination occurred two days after a Tajik court sentenced another member of the Group of 24 to 17 years of prison for attempting to seize power and insulting the President. Opponents of President Rahmon accused the Tajik authorities in the murder attampt. After the Quvvatov’s death, Sharofiddin Gadoev was elected as the new leader of Group 24. 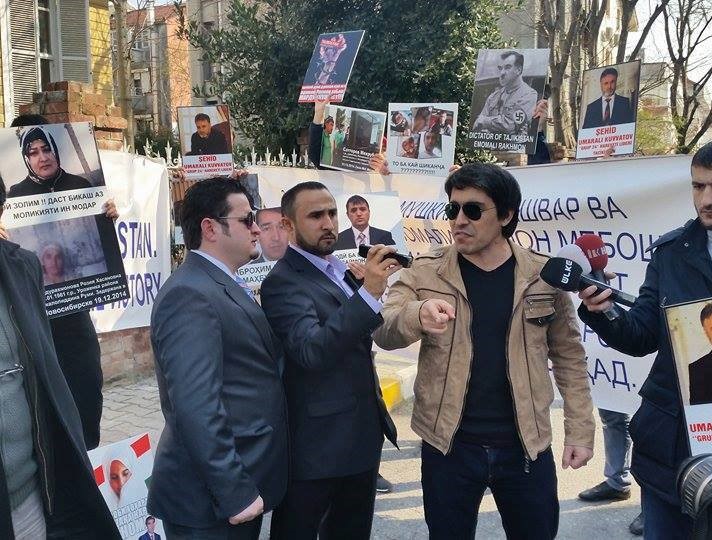 Some citizens of Tajikistan were sentenced to lengthy prison terms for their alleged association with a Group 24. Also in Tajikistan a lot of people dissapeared becouse of their communication with the Group 24. In March 2015, three people have been jailed in Tajikistan on suspicion of collaboration with the Group 24 and received the punishment from 16.5 to 17.5 years jail terms. In April 2015, two people were sent to prison for 3,5 and 3 years onsuspicion of organizing the Group 24’s activities on the territory of Tajikistan. It should be noted, that activists of the Group 24 arrested in Russia, Turkey and Europe at the request of Tajikistan, were released by the demand of international organizations for the protection of human rights, and in view of groundlessness and political nature of requests of the Tajik authorities.

News portal of the Group of 24