The representative in Austria and head of external relations of “Group 24” Nuriddin Rizoi made the report on a subject: “Youth of the country: all have to dream to become a president”. In his speech he talked on an issue of a deplorable conditions of youth in the country, lack of equal, fair opportunities for young people, the wrong youth policy of the government, and the lack of dream of youth to become a president. 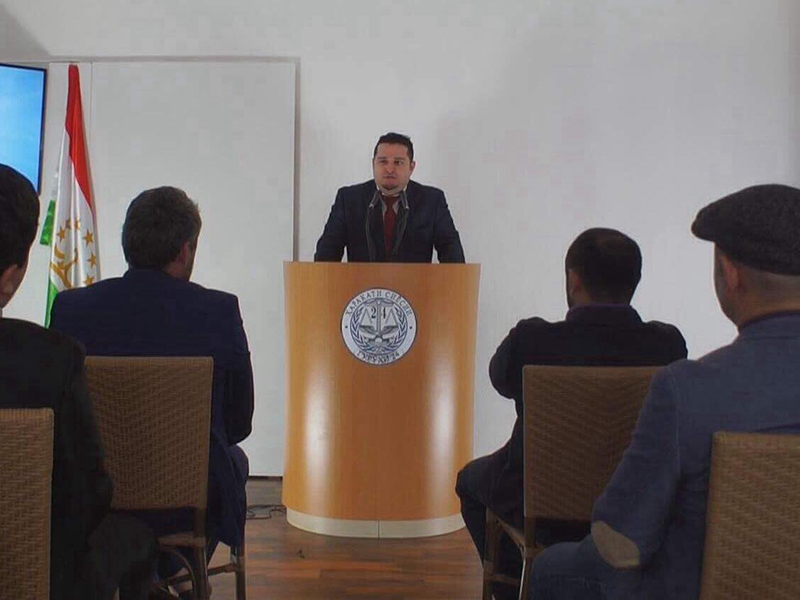 The next speaker was the activist of the “Group 24” in Germany Nizomiddin Nasriddinov. He made the report on a subject: “Economic and social situation in the country. Standard of living of the population”. He spoke about actual economic and social problems of the country. The statistical data provided by him indicate regression, while the government shows fake data about progress. 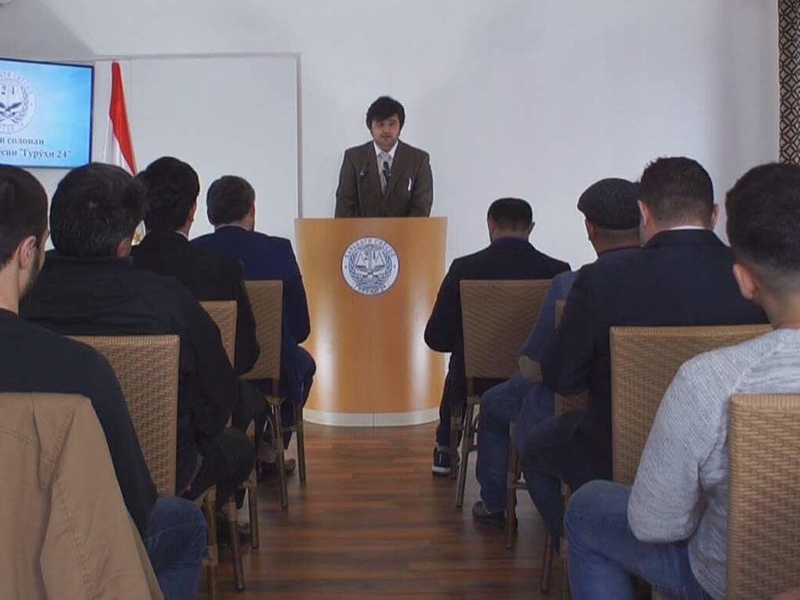 The representative of “Group 24” in Turkey Nasim Sharipov made online report from Turkey on a condition of media and journalists in the country. According to his report, information space in Tajikistan is completely and strictly controlled by the ruling regime and is used to control the consciousness of the population in its favor. There are no independent media in the country and independent journalists are forced to flee Tajikistan. Moreover, the independent informativ Internet-sites and social networks are blocked regularly by the government in the country. 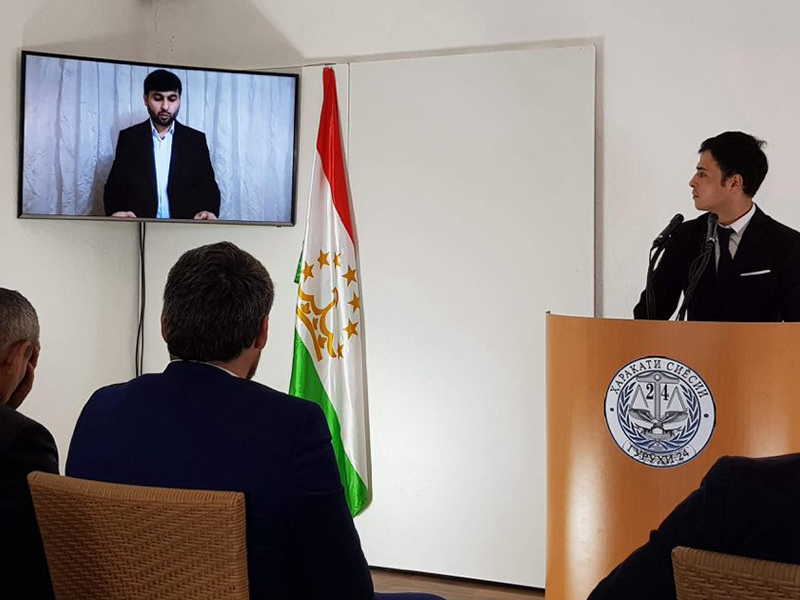 The deputy head of the “Group 24” Hussein Ashurov made the report on prosecution of opposition within the country and abroad. According to his report, many oppositionists were convicted with the fake cases during the rule of Rakhmonov. Moreover, violence of the regime amplified in recent years and became the reason for the increase of the number of refugees. Attempts at life of oppositionists from intelligence agencies became frequent not only in the territory of Tajikistan, but also abroad. 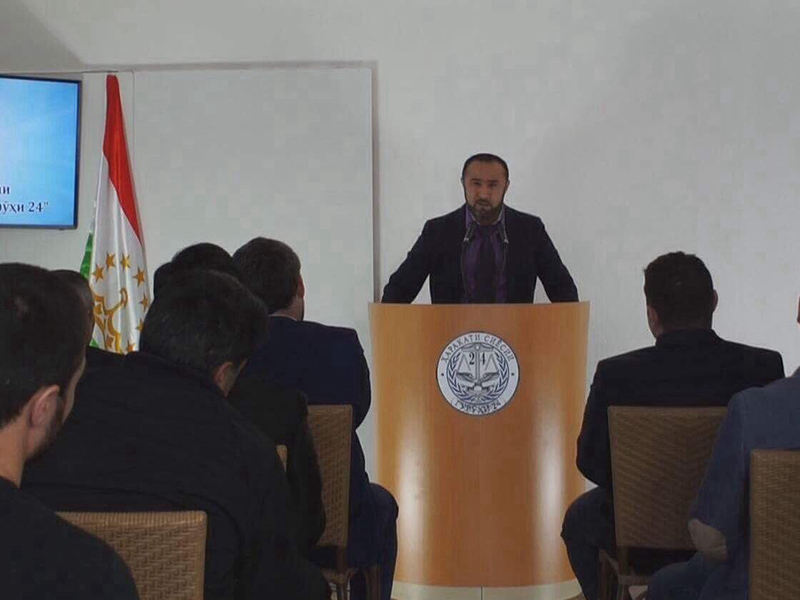 The activist of “Group 24” in Germany Muhammadjon Abduloev made the report on prosecution of believers in Tajikistan. In his speech he spoke on such issues as forcible shaving of beards and removal of headscarfs by law-enforcement’s officials in the country. Comprehensive believer’s rights violence in the country increases day by day. 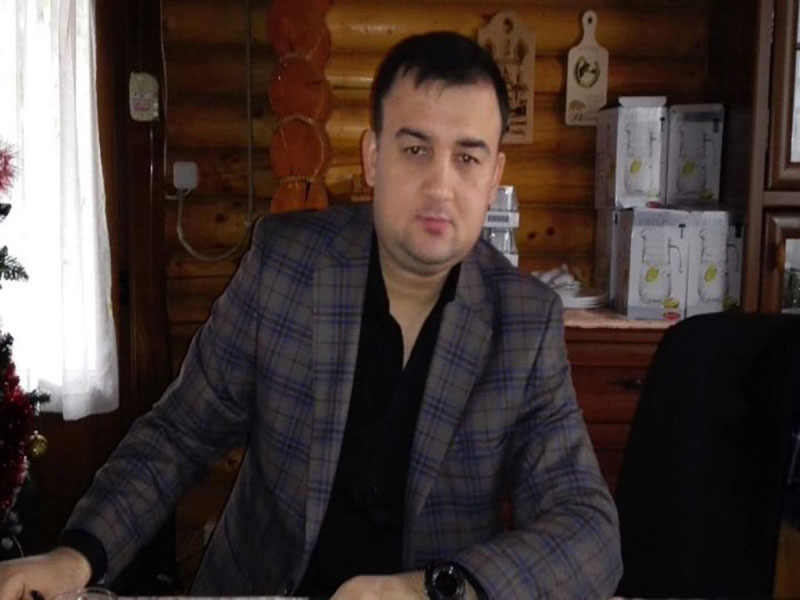 The press secretary of “Group 24” Saidali Ashurov made the report on a subject: “Structure of the ruling dynasty in Tajikistan”. In his speech he explained the control system of all spheres of the country by Rakhmonov’s family. At the end, the leader of the “Group 24” Suhrob Zafar made online report. He spoke about the oppressed, oppressors and opposition, their functions and conditions at this stage. He explained the reasons of not carrying out of protest demonstrations by the “Group 24” in 2017 and movement’s future plans and programs. The second part of the final meeting of “Group 24” was held behind closed doors and its details will not be officially announced. The purpose of the meeting was summing up the work of “Group 24” in last year, personnel and structural changes, discussing future plans and programs and bringing to the public information about the current problems and real situation in the country in 2017.